A partnership that has been consolidated over the past three years between UnipolSai and the Festival dello Sport for an extraordinary edition of the national and international sporting event that will be held in DIGILIVE format streamed to an online audience. Between 9 and 11 October, the 3-day non-stop programme schedule will feature over 60 events and over 100 guests and will be streamed live on festivaldellosport.it and gazzetta.it, alternating continuously between our most beloved sports stars and the best stories.

A celebration of sport and its values that UnipolSai will be involved in as a Premium Partner: support for the event is based on its conviction that along with creating economic value and wellbeing, the role of a big company is also to generate social value for a broad spectrum of stakeholders including institutions, social entities, associations and the general public. In light of this conviction, sport that is played with passion, loyalty, fairness and team spirit can consequently become a very important educational tool, and the best means to promote all the values needed for people to grow in society.

With its Corporate Sponsorship Program, UnipolSai intends to remain close to people and the community, supporting projects that embrace a number of areas, including sport. 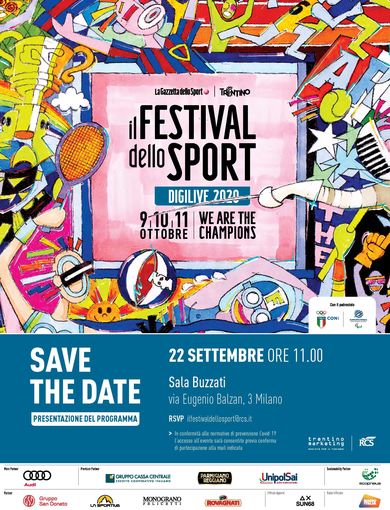 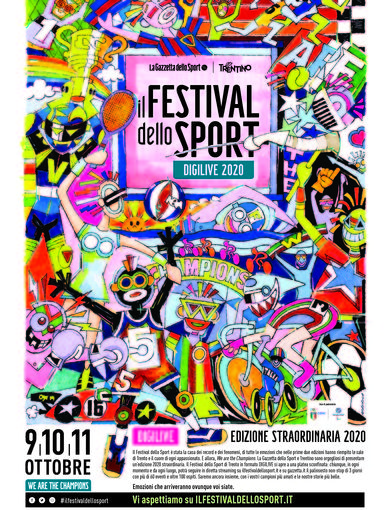 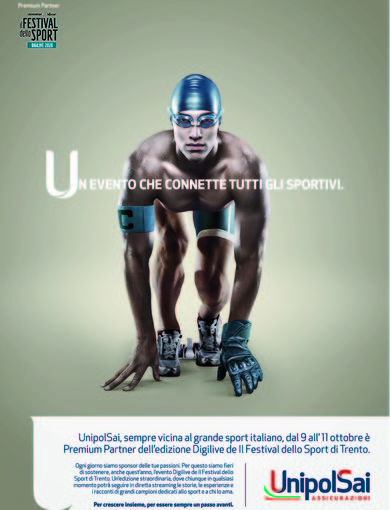