CUBO, the business museum of the Unipol Group, will be organizing a debate on how to manage the “reputational crisis” that has affected and is affecting individual companies and entire economic sectors, causing damage both in the medium and in the long term.

The discussion between Fernando Vacarini - Head of Media Relations at the Unipol Group - and Daniele Chieffi - journalist and communications and PR Manager of the Department for Technological Innovation and Digitalization of the (Italian) Prime Minister’s Office, moderated by the journalist Monica D’Ascenzo, will be held on the CUBO streaming platform via its Facebook and YouTube pages.

Homo Reputational, a person who acts paying attention to how his/her image is perceived by the others, is the leading character in today’s society.

The construction of reputation thus becomes a strategic issue, one of “handling” the perception that the others have of us. Being on the Internet must therefore also entail understanding the norms, values and rules of the digital culture, making the right choices, building symbolic constructions, creating correct narratives to govern perceptions, creating a good reputation and managing any reputational crises.

The meeting that will be investigating the twofold issue of perception/reputation on the web and the social traces we leave in the mind of the others when trying to manage the image we cast on the outside will develop around these topics: the signals we give of ourselves to the others are not linear: they are refracted in the minds of the others, in their Facebook pages and are retransmitted for many other reasons that do not belong to us but are reasons that belong to the others.

When talking about reputational damage, reference is made to a perceptive environment, i.e. the interpretation of an event/fact that is not considered in line with the group rules and its system of values. A reputational crisis may also be generated by a single communication error alone.

When redefining new social and economic models we are moving towards an ethical economy based on the concepts of community, social marketing and social innovation. The reputational capital being built must therefore be based on ethical and innovative potentials; this meeting will try to define a new model for the kind of ethical reputation that should arise. 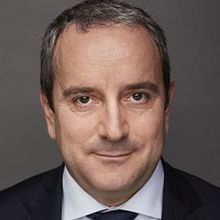 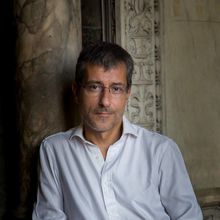 The last words of Christ

The Unipol Group and Ambrosetti think tank is back