From 18 January to 22 May 2022, the fifth edition of das - dialoghi artistici sperimentali (experimental artistic dialogues), an exhibition and cultural project that was started as a venue for debating different registers of contemporary art with exponents of the new generation, will be displayed at CUBO – the Unipol Group’s Business Museum.

Mutamenti. Le metamorfosi sintetiche di fuse* e Francesca Pasquali (Changes. The synthetic metamorphoses of fuse* and Francesca Pasquali) is the title of the project curated by the art historian Federica Patti for das05, with the contribution of the University Library of Bologna and of Alma Mater Studiorum - University of Bologna.

In this edition, Unipol CUBO will be focusing on the idea of mutability, transience, evolution, which images, technologies and cultural elements continuously produce over time, just like the transformation processes that occur in nature.

The changing digital representations and plastic materials thus seem to more effectively recreate the living, metamorphic, evolutionary dimension of existence. The two-fold exhibition designed for das05 will offer a widespread, immersive and varied experience involving the spaces of CUBO.

The project will in fact be displayed at two different locations, both of which CUBO premises in Bologna: Porta Europa and Torre Unipol.

At Porta Europa, Artificial Botany is a real time system created by fuse* that explores the expressive potential of ancient botanical illustrations through the use of machine learning algorithms.

A research created by drawing from public archives containing illustrations by the greatest artists of the genre, including Maria Sibylla Merian, Pierre-Joseph Redouté, Anne Pratt, Marianne North and Ernst Haeckel.

Before the invention of photography, botanical illustrations and herbaria were the only way to visually archive the many varieties of plants existing in the world and to capture their essence before their natural evolution led to their subsequent metamorphosis.

Among the oldest and most well-known herbaria, that of Ulisse Aldrovandi still today stands as the reference for a specific scientific method: started in 1551, today it has been completely digitized at high resolution and can be accessed online. On the occasion of the celebrations of the 500th anniversary of the scholar’s birth, Unipol CUBO has partnered with the Botanical Gardens and Herbarium of Bologna by proposing a review of appointments and dedicated activities, displaying an original sample of the painted herbarium preserved by the University Library of Bologna alongside the digital creations of fuse*.

While Labirinto_Innesti harmonici by Francesca Pasquali at Torre Unipol will transform the spaces of CUBO into an enchanted world, a synthetic forest that magically appears out of nowhere and prodigiously insinuates itself within the architectures that are the custodians of our present. A jungle of soft, suspended filaments and gushing waterfalls made with plastic materials.

A peculiar path invites the public to a sensory journey through artifice and nature, matter and environment, lights and sounds. 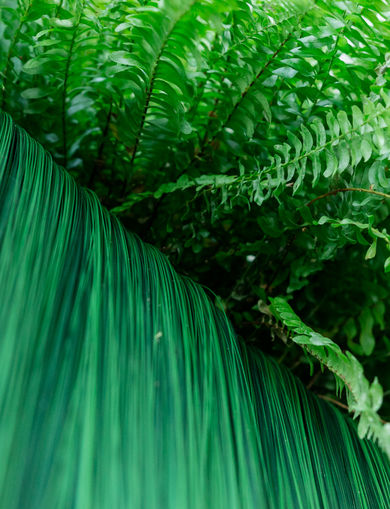 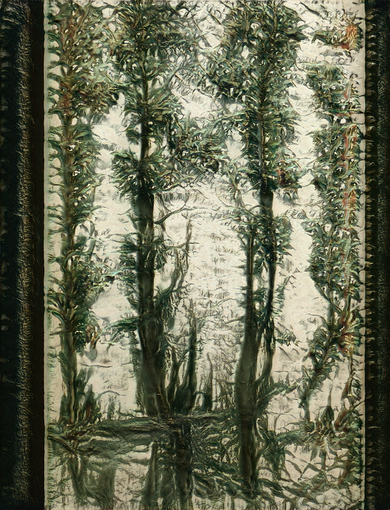 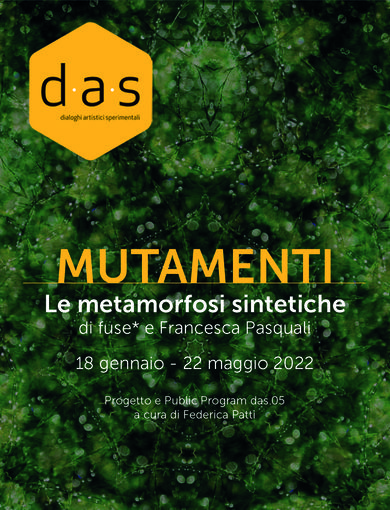