At 6.30 p.m. on 21 January CUBO will unveil the REMOTE HARMONIES exhibition as part of a streaming event involving the artist Matteo Nasini and the curators Treti Galaxie.

The exhibition will be revealed gradually over the months until joining forces with ART CITY Bologna, when “the emergency allows”, as underlined by Roberto Grandi, Chairman of Istituzione Musei.

The CUBO APP, the website and the CUBO streaming platform, which produce all of the events of the das 04 public program curated by Federica Patti, will be the vehicle for the exhibition project and the themes examined by the artist, making it possible to explore the various aspects of the exhibition.

One totally new feature is the RADIO DRAMA, Il Canto degli Erranti; four instalments written and directed by Matteo Mottin and Matteo Nasini, who also produces the music, which tell the sci-fi story of the discovery of a machine that is able to play the stars, in a world in which technology seems to have become extinct. A discovery that creates a stir and raises new questions for humanity.

Discover the exhibition at https://www.cubounipol.it/it/mostre/remote-armonie_nasini_das04

Discover the events at: https://www.cubounipol.it/it/eventi/das-04-2021 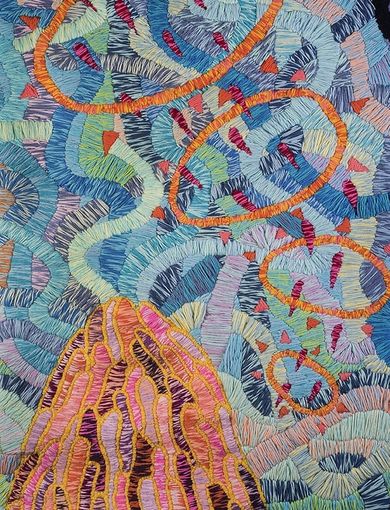