Home | Climate Change
BACK TO Environment

In particular, from September 2015 to September 2018 Unipol Group was coordinator of the LIFE DERRIS (Disaster Risk Reduction Insurance) project which sought to test and implement an innovative form of public/private sector partnership between the insurance industry, public authorities and businesses to increase resilience to climate change and the catastrophic events connected to it in local communities, and particularly among Italian SMEs, through knowledge transfer and the provision of suitable tools for the evaluation, prevention and management of the risks connected with catastrophes. 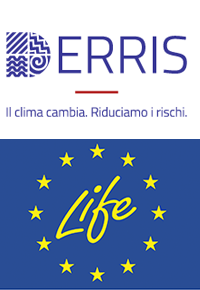 Derris, a project co-financed by the European Life programme, is coordinated by the Unipol Group together with its partners the City of Turin, Cineas, Anci, Coordinamento Agende 21 and UnipolSai. Derris is the first European project to bring together public authorities, businesses and the insurance sector to reduce the risks caused by extraordinary climate events.

The goals of the project were to:

The DERRIS project was piloted in the city of Turin, which in April 2016 launched a competition entitled “Turin protects”. In September 2016 the 30 SMEs that participated in the initiative, located in the 6 identified areas, were selected. Between October 2016 and March 2017, the companies taking part in the trial received free technical support from the project experts, and more specifically:

The aim was to provide companies with guidance in the drafting of an action plan for adapting to climate change.

During the pilot trial in Turin the project developed a simple and intuitive tool (CRAM tool) which gives SMEs the ability to understand, through georeferencing, which of the 7 DERRIS project risks (flooding, precipitation, wind, lightning, hail, temperature and landslides) they are exposed to and which solutions they could apply in their companies to prevent damage.

To enable as many Italian SMEs as possible to identify the main weather/climate risks to which they are exposed and define the possible actions for managing emergencies and reducing their exposure to risk, from 2017 the trial was extended to 10 other local authorities: Alghero, Bologna, Genoa, Molfetta, Padua, Pescara, Rovereto, Udine, Varese and L’Unione dei Comuni del Circondario Empolese Valdelsa. In the local authorities involved, the companies had the chance to take advantage of hours of training and technical support (through the performance of in-company inspections) in order to draft their action plans for adapting to climate change using the CRAM tool.

The results of the project:

Watch the video tutorial for the self-evaluation of climate risk developed as part of the European DERRIS project and the project video.

Unipol for the CLIMATE 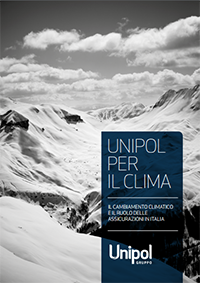 Unipol, with over 50 years of experience, intends to make its technical expertise available to Public Administration to create prevention policies in the area to increase resilience and above all to promote the spread of a risk culture capable of significantly reducing damage in case of natural disaster. The aim is to share risk assessment tools and skills, to define disaster recovery plans for the areas most at risk, and to promote financial instruments that encourage sustainable resilience, not only at industrial sites of economic importance, but also widening the scope to the entire productive structure of the country and its citizens. In fact, studies show that 90% of SMEs that remain inactive for a week following a catastrophic event go out of business within a year.

Unipol proposes a natural disaster prevention and management model based on public and private collaboration, which adopts cooperative insurance mechanisms to manage the increasing risks arising from climate change and to offset high compensation. In addition to making expenses related to catastrophic events more sustainable for State coffers, this system may also promote virtuous conduct in terms of protection, prevention and adaptation by citizens and businesses.

However, this commitment requires a more central public role to create the conditions for the development of an insurance market, without which cooperative mechanisms do not work, making it impossible to guarantee a sustainable economy for the actors involved.

The position paper provides an analysis of climate change evidence and the hydrogeological state of Italy, which makes the country and our economy even more vulnerable, and a reflection on the governance mechanisms and partnership models that, drawing from international best practices, can be adopted to increase the resilience of the country. The Italian situation must not be underestimated; indeed, it is one of the areas most vulnerable to expected effects of climate change. According to a recent study (Desiato et al., 2014 ISAC-CNR), the increase in average temperature will be higher than the global and European average. In the scenario of a temperature increase of approximately 0.93° by 2050, the damage caused by climate change may be equal to 0.12-0.16% of GDP, amounting to around €20-30 billion in lost production of goods and services compared to 2009 GDP (Carraro 2008). 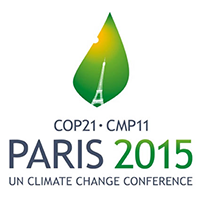 The definition process of a Group environmental strategy is pursued through participation in the Paris Pledge for Action: signatories expressly commit to keeping the level of global warming well below 2°C, in line with the Paris COP21 Agreement.

By doing so, the Group intends to create a concrete benefit for society and accept the real challenge: being able to generate sustainable wellbeing in an inclusive and forward-looking manner.